Nowadays,pollution to our environment has become more and more serious.The sky is no longer blue and clear,with dirty and poisonous air surrounding us.The water in the seas,lakes and rivers are black and not safe for fishes to live in.Many dead fishes are found floating on the surface of the water.Many valuable animals become extinct.What can we do to protect our environment?Doing little things can make a great difference.For example,we should plant more trees and use less cars to decrease pollution.。

你自己可以篩選一部分使用的； Win Competition of Environment Protection for Beijing Although the 2008 Olympics are still three years away, another special competition has already started in Beijing。

This time, the competitors are not the athletes from all over the world, but the people living in Beijing。 The special competition is not held in a stadium, but in every street and every corner of Beijing。

I suppose some of you may have already guessed what the special competition is。 Yes, it is the competition of protecting our environment and creating a green Beijing for the 2008 Olympic Games。

Someone may ask who is our rival in this competition? The modern Los Angeles, the charming Sydney, or the historic Athens? No, none of them。 The real rival is ourselves。

It is our bad habits of neglecting to protect environment in our daily life。 Several years ago, I was very lucky to have an opportunity to live in the United States for about two years。

I not only enjoyed the beautiful environment there, but also appreciated the American people's active way of protecting their environment。 Now, whenever the environment protection is mentioned, a beautiful view of California will arise in my mind: white clouds flying across the blue sky, green grassplot sprinkled with colorful flowers and small animals playing happily among the trees。

I remember that at the beginning of my coming to America, I often went to my father's working place, the United States Geological Survey, to have fun。 Each time I found a lot of people riding bicycles to their offices。

Among the cyclists, an old man with white hair attracted my attention。 Curiously, I asked my father," Why does the old man ride his bike to work every day? Doesn't he have enough money to buy a car?" Father laughed, "No, not because of money。

Actually, he is one of the greatest scientists in the world。 He can afford to buy a motorcade if he likes。

For example, in Palo Alto city we are living now, there is even a bicycle-to-work day on May 19th every year to encourage people to decrease air pollution caused by cars"。 Later, I also learnt another interesting fact of environment protection there。

In some states of America, in order to decrease air pollution, save energy and reduce traffic jams, state governments encourage people to take buses to work or to share a car among several people。 They even set special "diamond lanes" in some main streets, which are only for the vehicles with 2 or more people。

" Frankly speaking, after several years, the faces of my American teachers and friends have gradually faded away from my mind, but the blue sky, green grass and lovely animals in California often arise in my mind, and became my dream of visiting there again。 The 2008 Olympics provide us with the opportunity to publicize and practise environment protection in Beijing。

Is it possible for Beijing to Is it possible for Beijing to become as beautiful as California? The answer is "yes", but the dream needs every Beijing citizen's full support and active moves to accomplish。 From now on, if every student who is driven to school can take bus or ride bicycle to school once a week, if every car owner goes to work in a car pool once a week, we can make a difference。

If everyone can actively protect the environment in our daily life, the blue sky, green grass and lovely animals in California will appear in Beijing。 Tiny streams can combine into a vast ocean, small trees can together be an immense forest。

Beijing is often described as a beautiful and aged picture。 If every Beijing citizen adds a trait of green on the picture, the whole Beijing will become an ocean of green。

Let us unite together to win the competition of environment protection in Beijing, and present the world a big gold medal。 That is "Green Beijing, Great Olympics " 給你找了一個中英文對照的，能好理解些。

With the developing rises live, people directs more and more excessively on environment, especially in a few middle-schools. It would destroy nature if we Wastes excessive balance.

Protect the environment is the duty of everyone, we are just some students , we couldn't make something especially big contribution for the environment , but we can secondary composes up in our environment , from protecting schools' environment, for example: Observe in connection with the regulation forbidding chaos to throw away various waste , avoid using the drink cup , mess tin , plastic bag for one time merely , use paper box to wait in the place or container throwing away waste to appointment, replace, such can cut down a rubbish greatly, lightening refuse disposal job pressure , treasuring flowers and plants trees , being the cleaning giving to New Year card as a gift , keeping campus short and so on.

Although these being minor matter at above ,but if everybody gets to do, set about from saving resource and falling off contaminating, self life-style adjusting an once, we are therefore likely to be to protect the earth making a contribution out.

英語演講：綠色奧運，綠色北京，你我同行 Improving Beijing's environment for the Olympics Ladies and gentlemen: Good morning! Today, the title of my speech is Improving Beijing's environment for the Olympics. Have you ever seen animals cry? Do you know what makes them cry? It's the polluted world, a dirty world, caused by our irresponsible behaviors, that makes those lovely animals cry. Many of us are smart enough to know how terrible it is to have a world without animals and plants. But some people still persist in making the same errors and harming the environment. What's worse is that people are eating wild animals. Those people don't know, and more importantly, they don't want to know. This kind of behavior has caused some specific problems. For example, medical experts have suggested that eating wild animals helped spread the terrible disease SARS. Now, our world is no longer clean and beautiful. Why? Because air, water, and noise pollution has become more and more serious. Noise pollution makes us talk more loudly and become angry more easily. Water pollution makes our rivers and lakes very dirty. Air pollution is the most serious kind of pollution. Both air pollution and water pollution are not only dangerous to our health, but also dangerous to animals and plants. We're destroying our only world. A large number of trees have been cut down, so a lot of lands have been turned into deserts. Pollution can be seen everywhere! Unquestionably it is essential that we clean up our environment. Sadly, we've not always appreciated the importance of protecting the environment. On the streets, you can see cars producing smog. In the bathrooms, you can see students leaving the water tap on after using them. Not only the young people, but also the elderly ones throw things everywhere without thinking it's wrong, even in a beautiful park. these things are taking place every day, even in modern cities like Beijing. We can't do that any more. We must learn how to protect the environment. If everyone is aware of protecting it instead of destroying it, the world can become cleaner, more beautiful, and more peaceful. The theme of Beijing 2008 Olympic Games is "New Peking, New Olympic". It's the target owned by every Chinese. We should try our best to improve Beijing's environment for Olympics. , let's begin to act! First, start with the things around you. Don't throw rubbish onto the road. Don't talk loudly when you are outdoors. Turn off the water tap after using it. Go to school by bike or by bus instead of by private car. Save your pocket money and contribute to environmental protection organizations. Take me as an example, I take action in order to make our only world full of happiness. I pick up rubbish and throw it into a trashcan. I collect waste paper or bottles for recycling. I plant more trees and flowers, and so on. If you do all these things just like me, it means you have done something useful to improve the environment. We're grateful, because the emblem of the Beijing 2008 Olympic Games is a precious treasure dedicated to the Olympic Movement by the people of China. Under the guidance of the Olympic spirit, let us do a better job in all fields of our preparation and venue construction work in an efficient way. We will combine the Olympic Movement with the latest technology and advanced culture to make the Beijing Games the best Olympic Games ever! Welcome to Beijing! Thank you. 綠色北京 綠色奧運 你我同行 你可曾見到過動物哭泣？你可曾知道它們為什么哭泣？正是因為我們不負責任的行為，讓世界變得骯臟，讓這些可愛的動物們哭泣不止。

Dear classmates: today I want to say is Protect environment speech, the topic is "Protect environment is not pushed the responsibility" let us think, ever since the birth of mankind, all food and shelter and production, life which was opened the environment we live, we live in on earth, but earth is not our survival, and many plant and animal species, the survival of all living things, and which was opened the atmosphere on the earth, forest, ocean, rivers, soil, grassland Xiang? The earth is composed of all the biological composition of the perplexing and close the natural ecosystem, which is the basic environment for human survival. However, Protect environment speech, is the way for human survival environment, but always be damaged by their own humanity. The process of human civilization has been stranded in the conquest of nature plunder, but never thought of giving protection and return to feed humans of earth, our mankind has made brilliant achievements of civilization at the same time, plundering of nature makes the earth we live everywhere scars, increased population growth and production activities, but also the impact on the environment, to bring pressure on the environment. Earth once lose the ecological balance on earth today is facing many environmental problems, such as climate warming, the depletion of the ozone layer, acid rain, toxic waste, wildlife extinction, and air, water pollution and so on, these are to make human a headache thing, protect the environment of the speech, a recommendation of the primary security speech. Protect environment, everybody has a responsibility.My speech is finished, thank you.。

In recent years,protecting the environment is becoming more and more important to the whole human beings.（近年來，環保越來越受到全人類的重視） It is everyone's duty to do someting good to the environment around us.（保護好我們周邊的環境是我們每一個人的職責）

As middle school students,we can also do a lot of helpful things.（作為中學生的我們，也可以做許多有利于環保的事）For example,we can protect it by not throwing rubbish away.（比如說，我們可以避免到處扔垃圾）We can save water to make full use of it.（我們可以節約用水，并且充分利用水資源）We can use materials which do no harm to the enviornment.（我們還可以使用不破壞環境的材料）

Thingd we can do are a great many.（我們可以做的事很多）Only when we have the idea of loving our environment can we make a better place to live.（只有我們有了環保的觀念我們才能創建一個更好的生活環境）So everybody,let's take action?。ㄋ?，大家行動起來吧?。?/p>

I'm worried about my country.

There is polution everywhere.

It's time to do something about it.

We need fresh air to breathe.

We need pure water to drink.

We need a clean environment to be healthy.

People have to stop littering.

We have to respect our surroundings.

We must become friends of the earth.

Everyone must lend a hand.

Together we can clean up our neiborhoods.

We can reduce waste and reuse things.

We can recycle paper,bottles,and plastic.

We can trashcans on every corner.

We can pick up garbage when we see it.

We must take action to fight pollution.

It's our future we're protecting.

It's our duty to keep our planet clean.

Don't be a litterbug.

Don't be afraid to remind others,too.

Let's start to clean up now. 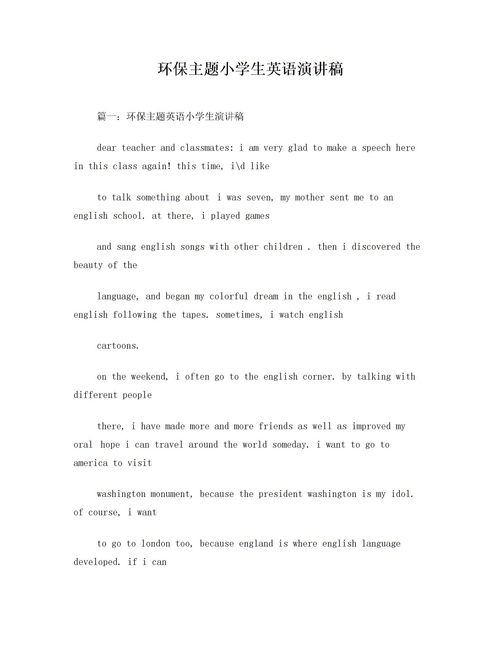 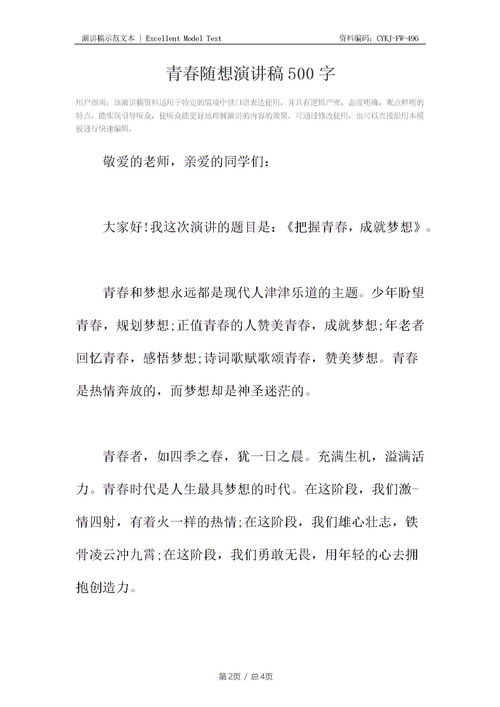 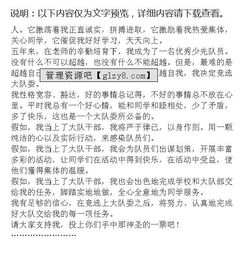 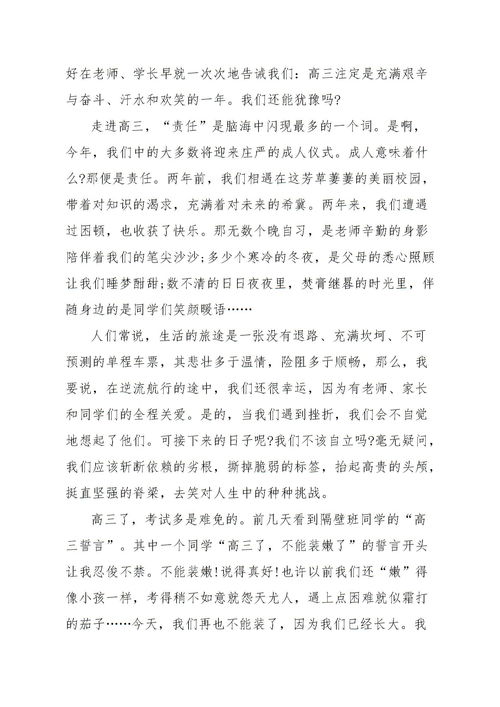 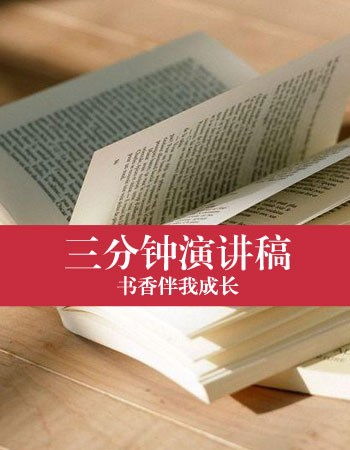 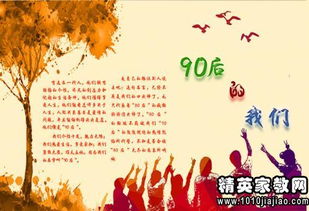 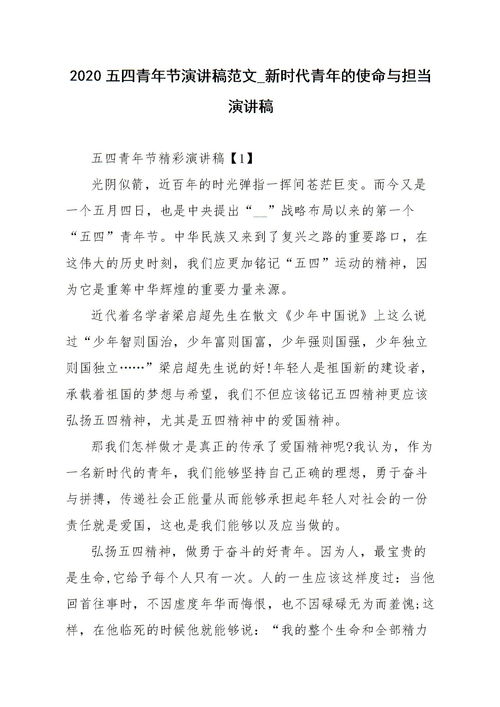 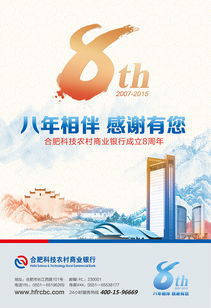 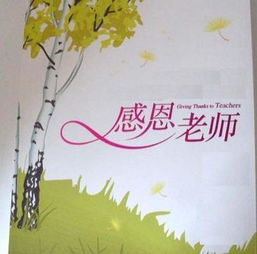 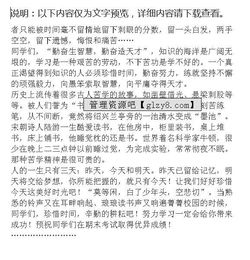